Lineage
Copy & paste the files (in Broadcast pcm format) to external storage, mix the 4 tracks in Audacity and save as a stereo windows wav file in 24/48. All final editing, tracking, fading, nomalization, edits and dithering and downsampling in Samplitude 7.2.

Reviewer: Bob Cogswell - - April 2, 2018
Subject: Not Dr. Bob
I recorded this show and am correctly named in the notes. I wasn't doing my own uploading at that time although I did all the formatting after recording. I think
the error in one of the reviews which credited Dr. Bob
(Wagner), whom I know well, came from the conclusion that it was Dr. Bob due to our both having Bob for a first name :)

Reviewer: jeffyjo - favoritefavoritefavoritefavorite - November 12, 2005
Subject: Impressive new lineup, with some kinks to be worked out...
Well... Overall, this show is just stellar. The new lead guitar player is a very nice, blues-oriented player who can also jam. I can say I would pay to see this group. It's got the Zero ambience to it, and is mostly well-played, occasionally mindblowing music done the way only Zero can.

Two problems. Melvin Seals' lead vocal was very grating on me, to the point that it takes away from my enjoyment of the show. The female vocalist does wonderful harmonizing, but the band seems, at least on this date, to play a little too restrained when she takes the lead vocal.

Based on hearing this show, I think the thing that would take this band from A- to A+ is not having Melvin sing. At least not that song.

Dr. Bob's recording is downright phenomenal, and it's nice to hear Martin's thought-provoking asides between songs.

Reviewer: Alligator - favoritefavoritefavoritefavoritefavorite - November 12, 2005
Subject: Zero II - Drop the II
This stellar line-up of musicians brings Zero back to life! An excellent recording by Bob Cogswell & some great musicians pumping new life into a batch of Zero classics as well as some new tunes. Martin has never sounded better. If you like Zero, get this show. 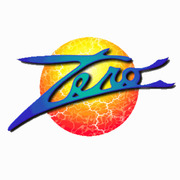